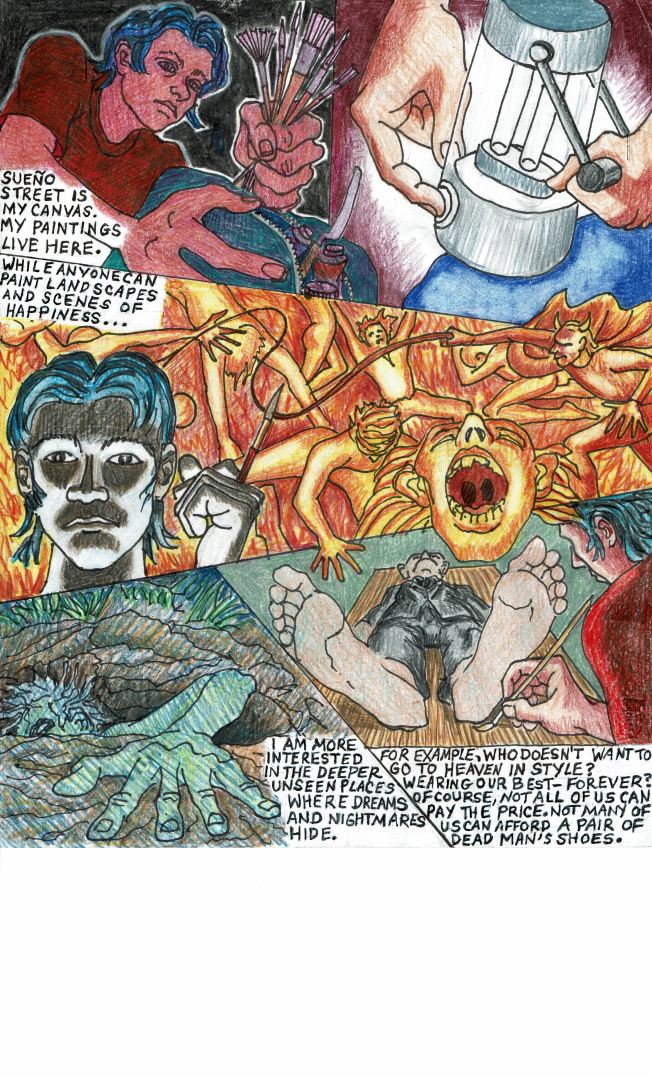 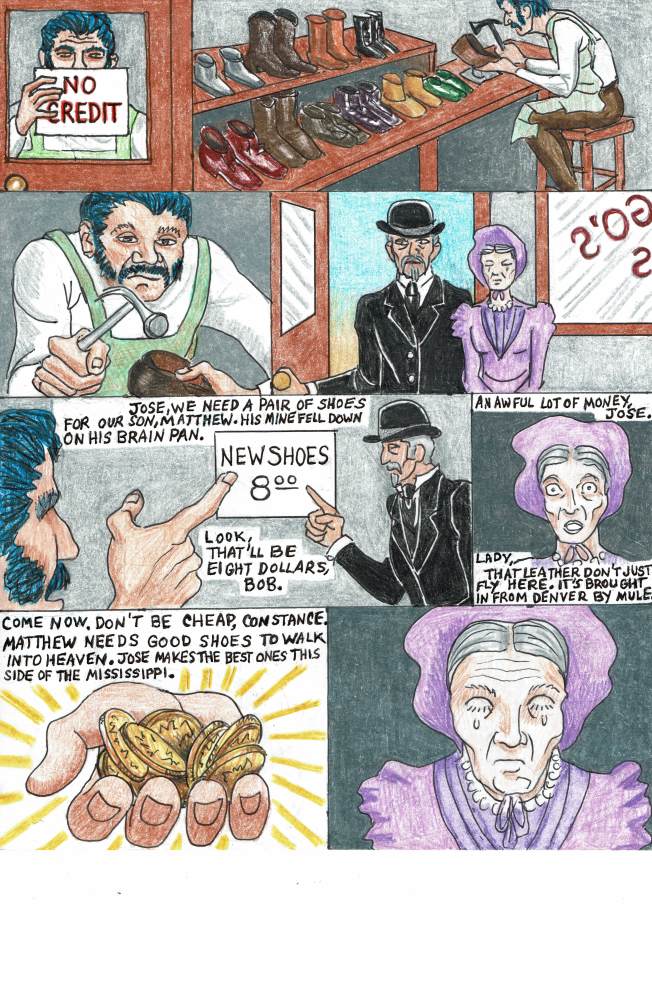 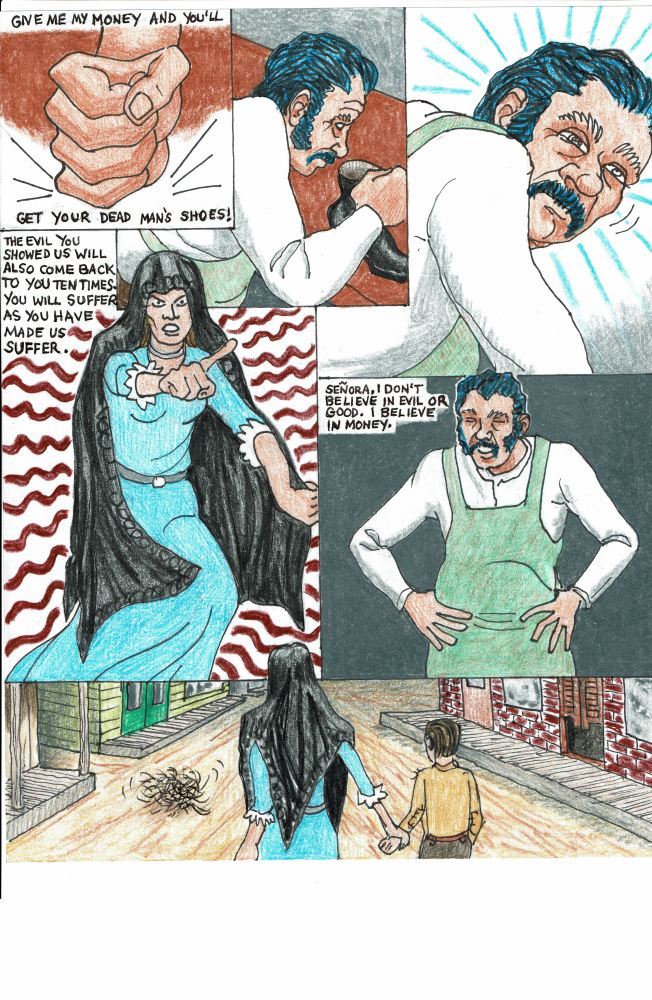 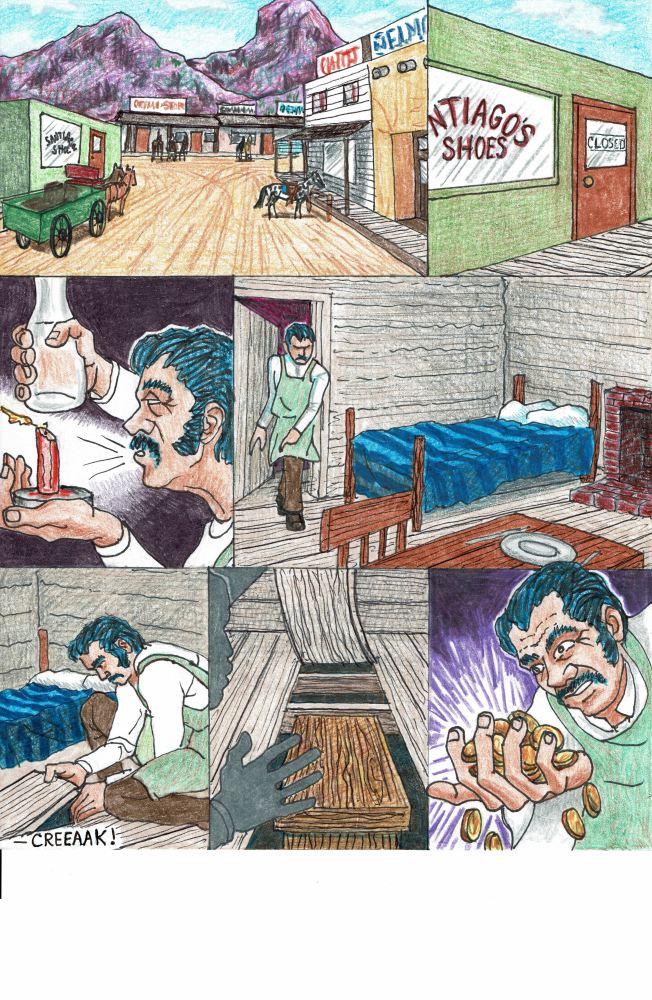 A young Latino artist turns down Sueño Street. The walls along the abandoned street are canvases for his murals, which come alive with tales of horror, suspense, and nightmare.

SUEÑO STREET is a graphic novel in homage to “Night Gallery” and “Tales from the Crypt” but with Latino flavor, culture and characters.

The stories include fresh telling of traditional Latino scares like La Llorona, the weeping woman, a doomed specter seeking her lost children in the night, and the Cucuy, the boogeyman who preys on children and fear.

Other stories range in time and space.

The real price of dead man’s shoes. New and ancient betrayals in a canyon of ancient petroglyphs. Space explorers discovering evil on an alien planet and in themselves. A wife beater who gets what he deserves. A woman willing to challenge a horrible evil for love.

Differing in artistic style, the stories are weaved together by the consequences of actions, some deserved, others not.

Writer Patricia Santos Marcantonio wrote “Red Ridin’ In The Hood And Other Cuentos,” which earned an Anne Izard Storyteller’s Choice Award and was named an Americas Award for Children’s and Young Adult Literature Commended Title and one of the Wilde Awards Best Collections to Share. Arte Público Press, the largest US publisher of contemporary and recovered literature by US Hispanic authors, published her novel “Verdict In The Desert.” She also has won awards for her short stories, screenplays and as a journalist. Her play “Tears for Llorona” was produced by the Magic Valley Arts Council in Twin Falls, Idaho.

Artist Mike Youngman is a Professor of Fine Art at the College of Southern Idaho in Twin Falls, Idaho where he has taught for 39 years. His work has been featured in more than 70 competitive exhibits, commissions, and public projects. His body of art work in drawing, painting, printmaking, and mixed media approaches 1,000 pieces. He has a Masters of Fine Arts degree from Utah State University and a Bachelors of Arts from Brigham Young University.  Figure drawing is his favorite discipline.

The book is available on Amazon.com and Barnesandnoble.com.

The upcoming book is also mentioned on La Bloga.

Verdict in the Desert